The Telemus Group specializes in defense forecasting, wargaming and qualitative analysis. It was founded by Bob Martinage, Jim Thomas and Mike Vickers in 2016. The Telemus Group focuses on identifying future challenges and opportunities in national security. Team members have been leading innovators in defense strategy, concepts and force development for the past several decades. They bring extensive senior-level experience from the Pentagon, the intelligence community, and the field of strategic studies.

Alas, now an ancient prophesy has been fulfilled…

Telemus said all these things

would come to pass someday. 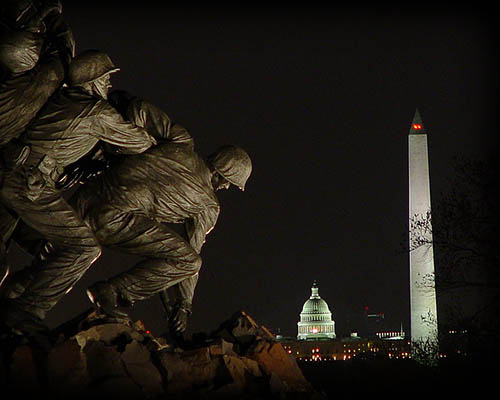 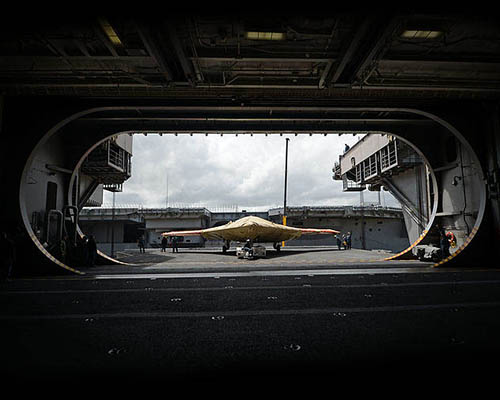 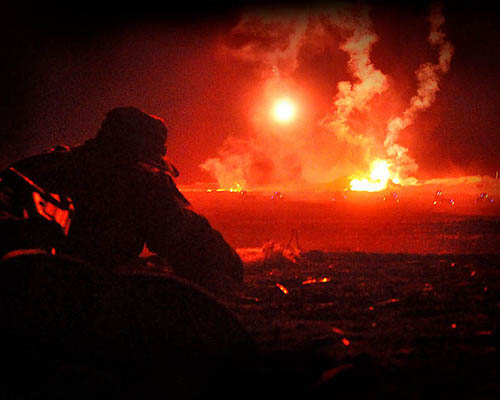 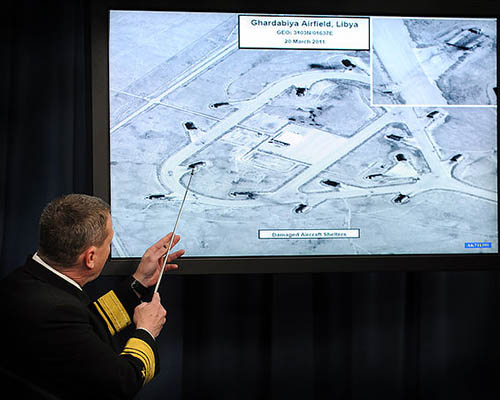 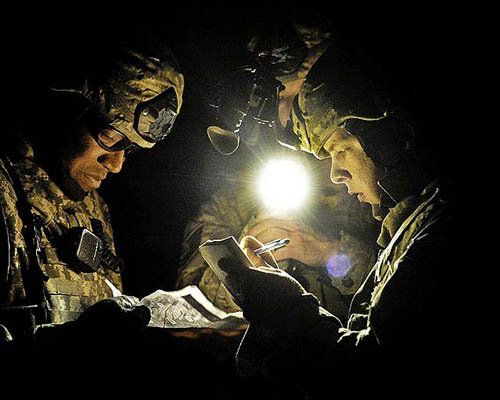 Developing imaginative scenarios to test programs and strategies, inform portfolio reviews, and lead the way toward new concepts and capabilities 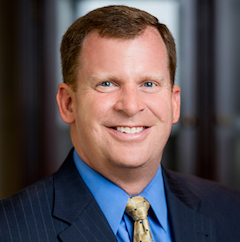 Bob Martinage has extensive experience as a senior defense official and a leading analyst of operations in high-end threat environments, special operations, and strategic deterrence. He served as the Deputy Under Secretary of the Navy from 2010-2013 and as Principal Deputy Secretary of Defense for Special Operations, Low-Intensity Conflict and Interdependent capabilities from 2009 to 2010.

As Deputy Under Secretary of the Navy, Mr. Martinage provided senior-level advice on foreign and defense policy, naval capability and readiness issues, security policy, intelligence oversight, and special programs and activities. He chaired the Naval Intelligence Council, oversaw the Department of the Navy (DoN) military intelligence program, and represented the DoN on the Defense Space Council and Nuclear Weapons Council. While performing the duties of the Under Secretary of Navy, Mr. Martinage led the development of the FY 2014/2015 budgets for the DoN and represented the Department during the Strategic Choices and Management Review (SCMR), as well as within the Defense Management Action Group (DMAG).

Prior to his service in the Navy Secretariat, Mr. Martinage served as Principal Deputy Assistant Secretary of Defense for Special Operations, Low-Intensity Conflict and Interdependent Capabilities in the Office of the Secretary of Defense (OSD), focusing on policy issues involving special operations, irregular warfare, counter-terrorism, security force assistance, and conventional force planning. During his tenure in OSD, Mr. Martinage successfully led a two-year, DoD-wide effort, directed by the Secretary of Defense, to develop an investment path for a future long-range strike “family of systems,” which culminated in major investment decisions regarding intelligence, surveillance, and reconnaissance; electronic attack; and long-range strike capabilities. 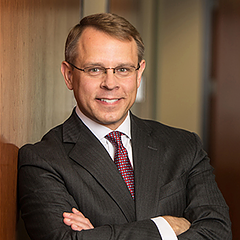 Jim Thomas is an experienced analyst and practitioner of strategy development, scenario planning, operational planning, force design, and conventional and nuclear deterrence. He served for thirteen years in a variety of policy, planning, and resource analysis posts in the Department of Defense, culminating in his dual appointment as Deputy Assistant Secretary of Defense for Resources and Plans, and Acting Deputy Assistant Secretary of Defense for Strategy.

During his tenure in the Pentagon, he was responsible for the development of U.S. defense strategy, guidance for conventional force planning, resource assessment, and the oversight of war plans. Mr. Thomas spearheaded the 2005-2006 Quadrennial Defense Review (QDR) and was the principal author of the 2006 QDR Report to Congress.

Mr. Thomas has testified before Congress and has published numerous analytic studies with the Center for Strategic and Budgetary Assessments (CSBA), the International Institute for Strategic Studies (IISS) and the Center for a New American Security (CNAS). His articles have appeared in Foreign Affairs, The American Interest, The National Interest, and The Wall Street Journal.

Prior to co-founding the Telemus Group, Mr. Thomas was Vice President and Director of Studies at CSBA. Earlier in his career, Mr. Thomas was Vice President of Applied Minds, Inc., a private research and development company specializing in rapid, interdisciplinary technology prototyping. He has previously served on the National Security Agency Advisory Board External Affairs Panel and participated in several Defense Science Board Summer Studies on Constrained Operations (2016), Capability Surprise (2008), and Future Warfare (2007).

A former US Naval Reserve officer, Mr. Thomas served as an analyst in the Office of Naval Intelligence and watch officer in the National Military Joint Intelligence Center. He was awarded the Department of Defense Medal for Distinguished Public Service in 2006. Mr. Thomas is a member of the Council on Foreign Relations. He holds an MA in Strategic Studies and International Economics from the Johns Hopkins University School of Advanced International Studies, an MA in Foreign Affairs from the University of Virginia, and a BA degree with high honors in International Relations from the College of William and Mary. 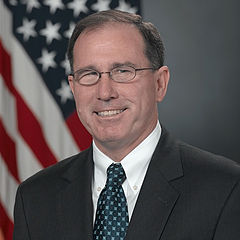 Dr. Mike Vickers is widely recognized as one of the nation’s top national security professionals, having served in both Republican and Democratic Administrations. He served as the first Assistant Secretary of Defense for Special Operations, Low-Intensity Conflict and Interdependent Capabilities from 2007-2011, and as Under Secretary of Defense for Intelligence from 2011-2015, playing a major policy and planning role in the operation that killed Usama bin Ladin.

Earlier in his career, Dr. Vickers was the key strategist for the largest and most successful covert action program in the history of the CIA that drove the Soviets out of Afghanistan and helped to bring an end to the Cold War. He also served as Vice President for Strategic Studies at the Center for Strategic and Budgetary Assessments (CSBA). Dr. Vickers has served as a Special Forces Non-Commissioned Officer, Special Forces Officer, and CIA Operations Officer with operational and combat experience in Central America and the Caribbean, the Middle East, and South and Central Asia.

Dr. Vickers has received the nation’s highest awards in the fields of intelligence and defense, including the Presidential National Security Medal and the Department of Defense Medal for Distinguished Public Service.  He holds a Ph.D. from the Johns Hopkins School of Advanced International Studies, an MBA from the Wharton School, and a B.A. from the University of Alabama.  Dr. Vickers is working on a memoir of his career, to be published by Knopf. 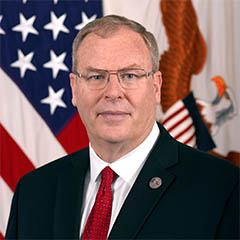 Bob Work has extensive experience in the Department of Defense, and is a leading voice on strategy, operations, technology, and programming and budgeting. He served as the 31st Deputy Secretary of Defense from 2014-2017.

As Deputy Secretary, Mr. Work was the principal civilian deputy to three Secretaries of Defense. He served as the Chief Operating Officer and Chief Management Officer of the Department of Defense, a global enterprise with approximately 3 million military and civilian personnel. He was responsible for overseeing the day-to-day business of the department and leading its internal management processes, to include the formulation and development of the annual defense program and supporting budget of $600 billion.

Before assuming the duties of Deputy Secretary, Mr. Work served in the United States Marine Corps for 27 years, retiring as a Colonel. After his retirement, he was the Vice President and Director of Studies at the Center for Strategic and Budgetary Assessments (CSBA), and the Chief Executive Officer of the Center for a New American Security (CNAS). In these roles, he wrote and spoke extensively about national security, defense strategy and transformation, revolutions in war, maritime affairs, and defense technologies. From 2009-2013, he served as the Undersecretary of the Navy in the Obama Administration. 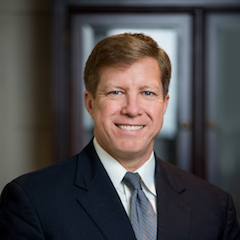 Harry Foster is a retired Air Force officer with extensive experience in nuclear operations, targeting, long-range conventional strike, stealth planning and employment, electronic warfare, cyber warfare, space operations, command and control, missile defense, and logistics.  He was an instructor pilot in the F-16, B-1, and B-2 with combat tours in Desert Storm, Southern Watch, Allied Force and Enduring Freedom.

Prior to joining the Telemus Group, Mr. Foster served as the Director of the Chief of Staff of the Air Force-chartered “Blue Horizons” Program and the Center for Strategy and Technology at Air University. After joining Air University’s civilian faculty at the Center for Strategy and Technology in 2010, Mr. Foster developed the Blue Horizons program into an advanced classified study on competitive strategy and military-technical competition. Over the course of his 21-year career in uniform, Mr. Foster served multiple tours in the Air Staff’s strategically focused CHECKMATE office and as Director of Strategy for U.S. Central Command’s Combined Forces Air Component Commander.

An avid wargamer, Mr. Foster has been a team leader in more than 40 Department of Defense wargames since 2003. He has also advised panels exploring conventional and nuclear command and control in cyber-opposed environments, served on the U.S. Strategic Command Strategic Advisory Group’s Science and Technology Panel, and assisted the Air Force A-9 and the Air Force Research Lab’s Developmental Planning Office in creating alternative concepts for anti-access/area denial environments. He holds graduate degrees from the Harvard Kennedy School, the School of Advanced Air and Space Studies, Marine Corps University, and the Air War College. 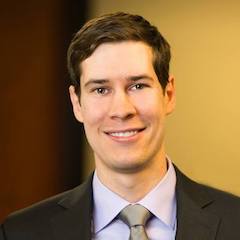 Sean Cate is a Senior Analyst with the Telemus Group, assessing advanced technologies and their potential applications for future warfare.

Prior to joining Telemus, Mr. Cate was an analyst at the Center for Strategic and Budgetary Assessments (CSBA) from 2014-2016. 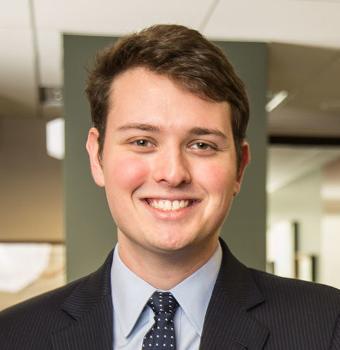 Ryan Boone serves as a Senior Analyst with the Telemus Group, where he runs wargame series and leads analytic studies intended to advance U.S. force planning.

Mr. Boone previously served as a Senior Analytic Advisor within OSD(Policy) on force planning and defense investments, scenario and concept development, and warfighting assessments. He served as one of the principal force planning advisors and authors behind the 2022 National Defense Strategy. To support the development of the NDS, Mr. Boone led study teams and wargames that informed Departmental force planning decisions in areas such as conflict protraction and war termination, conflict simultaneity, priority capability development, and theater posture and global force management. Prior to the 2022 NDS, Mr. Boone led OSD(P)-sponsored studies and wargames, as well as cross-Departmental tiger teams reporting to the Deputy Secretary examining theories of victory and strategic approaches to major conflicts. His portfolio included drafting and managing the Department’s official Defense Planning Scenarios.

Mr. Boone was previously a Research Fellow at the Center for Strategic and Budgetary Assessments, where he helped design wargames and operational concept development efforts in partnership with organizations like the OSD Office of Net Assessment and DARPA. He holds an MA with honors in Strategic Studies and International Economics from the Johns Hopkins University School of Advanced International Studies (SAIS), where he was a Rumsfeld Fellow, and a BA in Political Science and History from Duke University, where he was a Robertson Scholar. 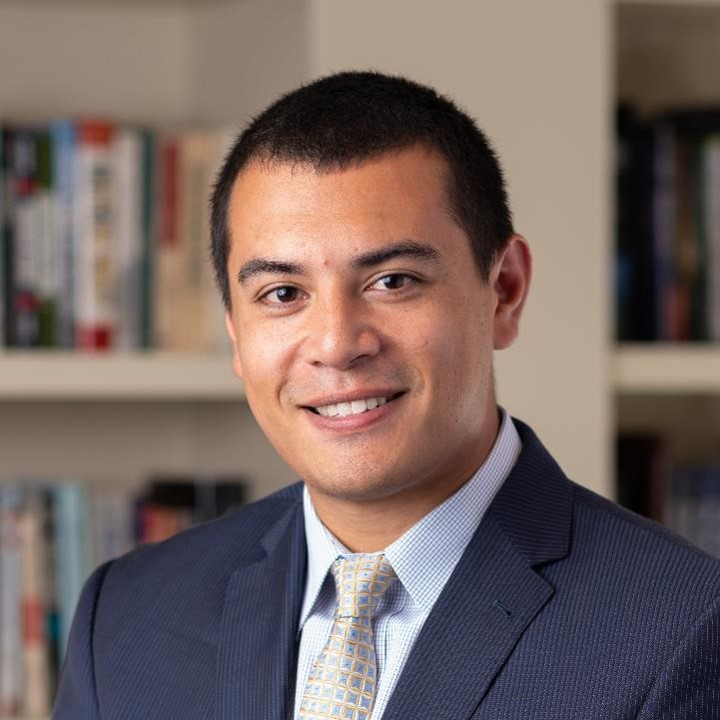 Christopher Chen is an Analyst with the Telemus Group. He assists with research projects and defense analyses.

Prior to joining Telemus, Mr. Chen interned with the American Enterprise Institute’s Foreign and Defense Policy department where he worked on several projects including a study on rogue and revisionist regimes’ long-term competitive strategies against the United States and research on the military effectiveness of several Arab countries. He also interned with the National Defense University’s Center for Applied Strategic Learning assisting with research and execution of wargames and exercises.

Mr. Chen holds a master’s degree in Security Studies with a concentration in Military Operations from Georgetown University’s Security Studies Program and a BA in Arabic Language from Connecticut College. 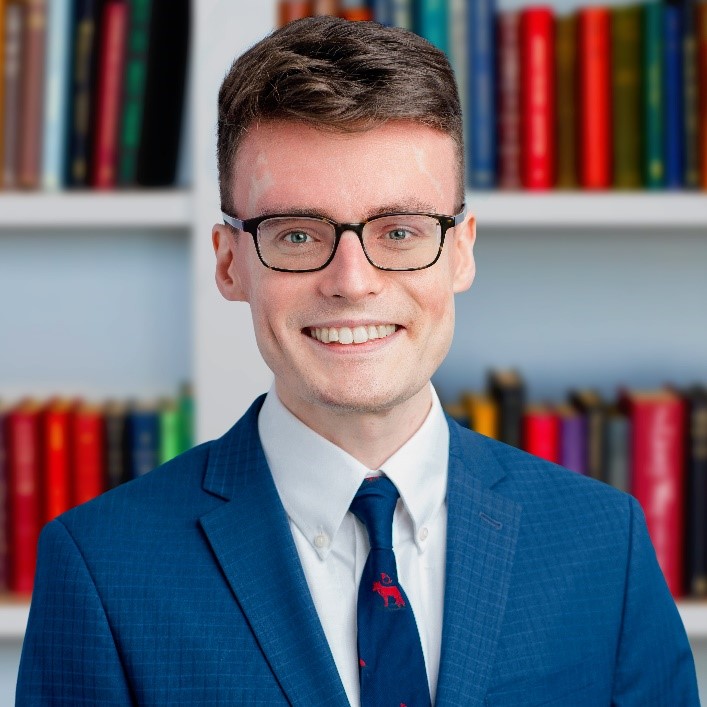 Nikolai Rice is an Analyst with the Telemus Group. He assists with research projects and defense analyses.

Prior to joining Telemus, Mr. Rice interned with the Center for a New American Security’s Transatlantic Security Program where he worked on research projects relating to NATO, Russian military modernization, and personalist regimes. He also worked at the Kennan Institute at the Woodrow Wilson International Center for Scholars, supporting Russian-language research and international conferences. 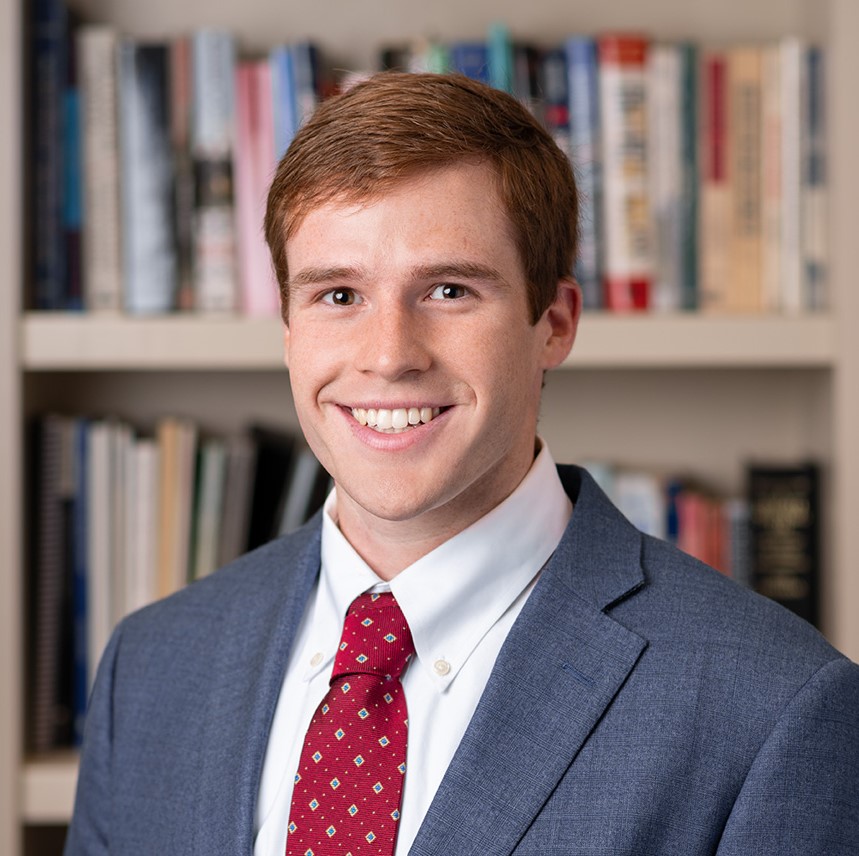 Aidan Clarke is an Analyst with the Telemus Group. He assists with research projects and defense analyses.

Prior to joining Telemus, Mr. Clarke interned with the Charles Group LLC, where he worked on research projects relating to AI, commercial space launch, and interagency cooperation against transnational organized crime. He also worked at the Grace Farms Foundation, supporting international law enforcement training and investigations relating to human and wildlife trafficking.

Mr. Clarke holds a MA in Security Studies, with a concentration in Military Operations, from Georgetown University’s Security Studies Program. In addition, he also holds a BA in History and Politics and International Affairs from Furman University.